Pitfalls of the Big Idea: A Roadmap to Success (Pt 1)

A Roadmap to Success: Final Steps for Crowdfunding Success (Pt 3)

A Roadmap to Success: Using Crowdfunding to Launch Your Product (Pt 2)

So, you’ve got a BIG IDEA to offer to the public–a product that’s sure to sell to a specific target audience. As you learned in Pt 1, you’ve now invested in a marketing plan. You’ve developed a prospect database, brand positioning, copywriting, and photography–as well as a long-term strategy for successful marketing.

One option to consider is crowdfunding, which gives you an opportunity to pitch your idea to a community of early adopters and raise capital through a process called pledging.

Great! You’ve made the big decision. You’re ready to launch your product on a crowdfunding platform, and watch the money roll in. Or, are you?

There’s more to success than just sticking your product on a crowdfunding platform and waiting for potential supporters to bite. Much like any product launch, you’ve got to invest your time and resources in creating a detailed marketing and promotional plan that will drive massive interest on platforms like Kickstarter, Indiego, and more. Otherwise, you risk failing at your launch…and your product never gets off the ground.

To raise the capital you need–and to build a plan for long-term success–avoid the following pitfalls (Continued from Pt 1).

Don’t underestimate the power of good storytelling. You need more than a single photo and a two-paragraph description to get people excited. Why should readers care about your product, anyway?

Tell the story of you and your product with:

1. A 1-3 minute video that grabs the attention of viewers with a powerful hook.

2. Infographics that show the features and benefits of your product

3. Powerful copy that tells the crowdfunding community why your product will be life-changing.

At BlueStorm, we helped the Hoverglide Kickstarter campaign raise over $250,000 with several videos / animations, including the one below.

We also helped Storyball–a “smart toy” for kids–develop an infographic for their crowdfunding campaign, shown below.

Pitfall #6: Not investing in social capital before your launch.

Only 37% of campaigns on Kickstarter succeed.

To hit 30% of your goal  in just three days, you need to build momentum BEFORE the campaign launches. Spend time, effort, and money to invest in social capital so that you can hit that key benchmark on time.

In Pt 3 of “Pitfalls of the Big Idea,” we’ll talk about effective engagement during your Kickstarter campaign. In the meanwhile, click on the red button below if you’d like to talk more about this with Patrick! 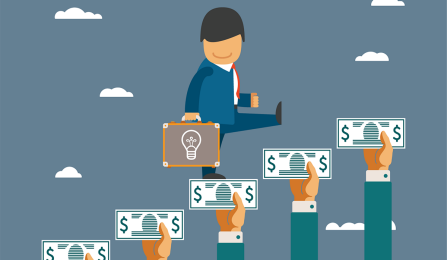 A Roadmap to Success: Final Steps for Crowdfunding Success (Pt 3)